skip to main | skip to sidebar

... and insisted that he was going to have a Cowboys and Indians party, so I got into the groove and started planning.  I really had to get my head into gear for this one, his birthday is right at the beginning of September, so invites had to be out and with his friends before he finished in July.  Quite an achievement for me to be so organized!!!

I started by spending a lovely morning in the garden, enjoying the sunshine, drinking coffee, and painting (something I rarely do). 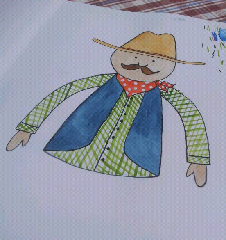 This image was then scanned and made into invites.  I printed the cowboy onto card, cut them out and then cut holes at the bottom so that you could put your fingers through and make him dance.  They were fixed to the front of the invites with foam pads and the party details were printed on the reverse of the invites. 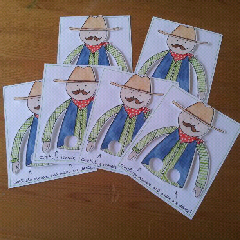 This cowboy was then also used for 'pin the mustache on the cowboy' (please also note the decorations the children made...the Fairy produced some fabulous artwork and the Tinker helped paint and cut out the cactus)... 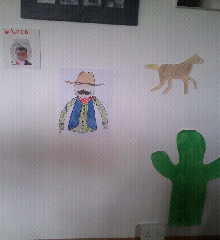 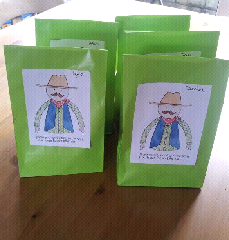 Next up was the cowboy costume. I found the tutorial for this over at 'House of Noise... I mean boys'.  Really simple costume to make, it took about an hour and a half (honestly)... 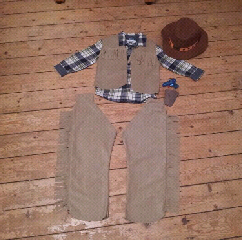 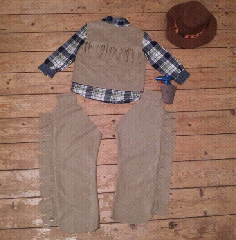 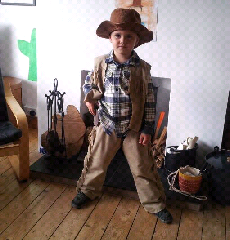 Next came his card... had to get some paper cutting in there somehow!!! 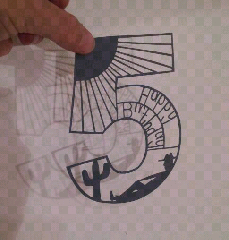 And backed onto his favourite colour. 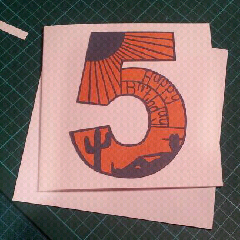 For his cake I made a horse...every good cowboy needs a horse.  I simply made a template in the shape of a head, and cut it from a rectangular shaped simple sponge.  The ears were cut from spare bits of cake and I used BUTTERcream (it has to be butter!!!) to decorate it, colouring it with differing amounts of cocoa. 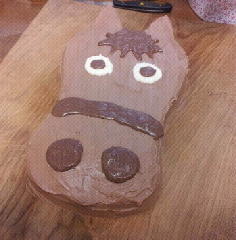 At parties, I always like to include an activity for them.  I feel it stops them from getting too silly, and means you don't have to play games all the time.  Simple headdresses were made, the children decorated their bands and then added their feathers. 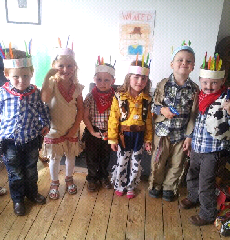 Yee-ha, what a fab party! 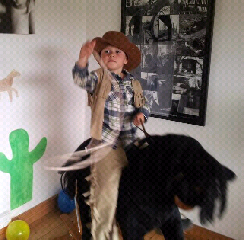 Posted by LOULA BELLE AT HOME at 03:22 No comments:

'Somewhere over the Rainbow' charity fundraiser for the NSPCC 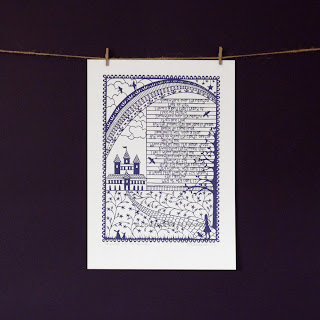 I often hold giveaways for those who support and follow me, and when I mentioned I had a one off 'Somewhere over the Rainbow' print that I was thinking of giving away, someone said why not give it away as a charity fundraiser...so that is what I am going to do :-).
Because of the content of the lyrics, I was drawn towards a children's charity, and so chose the NSPCC.
So, this is how it will work... I have 4 giclee 'Some where over the Rainbow' prints to give away, (the image has been taken from a paper cut that I did earlier in the year).  For every £1 you donate, you will be entered into a draw (£5 = 5 entries).  On the 31st August the draw will be made.
Prizes:
* One very limited edition 'Somewhere over the Rainbow' print.  There will only ever be one of these!  The printed area measures approx 15x21cm and it will be signed, dated and numbered 1/1.
* One limited edition A3 'Somewhere over the Rainbow' print.  This was a limited print run of 50.  It will be signed, dated and numbered.
* Two A4 'Somewhere over the Rainbow' prints, signed and dated.
Please leave your name when you donate if you want to be entered into the draw.  Winners will be announced on my blog www.loulabelleathome.blogspot.com on the evening of 31st August 2013.
The fundraising with be done through JustGiving (just click on the link).
'Donating through JustGiving is simple, fast and totally secure. Your details are safe with JustGiving – they’ll never sell them on or send unwanted emails. Once you donate, they’ll send your money directly to the charity. So it’s the most efficient way to donate – saving time and cutting costs for the charity.'
If you could share this, it really would be appreciated.
Thanks folks :-) x
Posted by LOULA BELLE AT HOME at 11:40 No comments:

The Song Within My Heart

Yesterday evening I managed to complete the papercut commission I have been working on over the past week. I'm really pleased with how it has turned out :-) 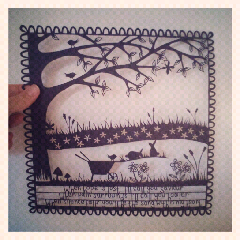 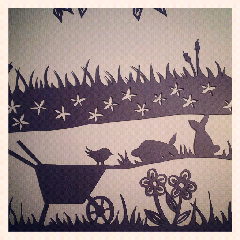 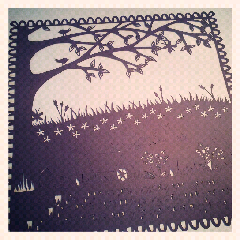 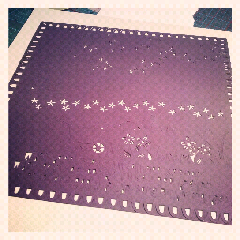 We have a winner!

I put 1-61 in the random number generator and it came out with 22 :-)
Well done Vickie Ivison. Please email me at loulabelleathome@gmail.com to let me know your choice of print x 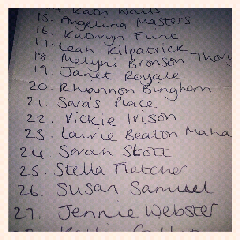 Posted by LOULA BELLE AT HOME at 12:13 No comments:

I decided I'd have a giveaway because it's summer... as good a reason as any I think! 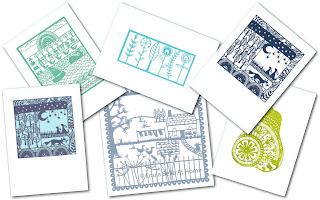 If you would like the opportunity to win one of these A4 giclee prints taken from original papercuts by Loula Belle At Home please do pop on over to this post on my facebook page and tell me which is your favourite and why.  If you could share and like the post to help spread the LB@H love, that would be fantabulous!

A winner will be chosen on Sunday 21st July at 8pm (GMT).

p.s. if you can't wait that long, all these prints can be purchased over at my shop :-) x

Posted by LOULA BELLE AT HOME at 13:33 No comments:

I thought that I would share with you the 'Springtime' Wedding papercut commission I finished cutting last night, and some of the work in progress photos. Not only do these make fabulous wedding gifts, but they are also perfect 1st wedding anniversary pressies (paper). The cut piece measures 14cm across and cost £85 + £4.95 (uk postage) and can be ordered direct from myself. 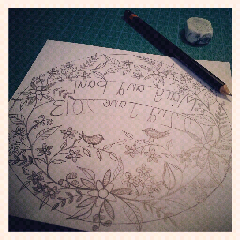 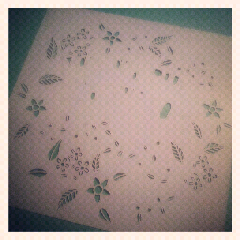 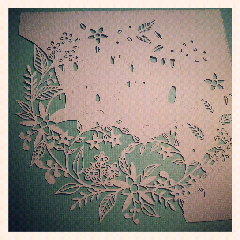 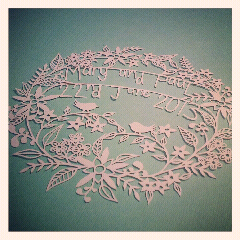 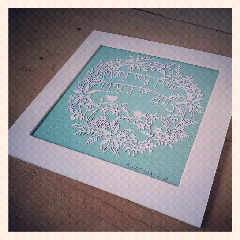 Posted by LOULA BELLE AT HOME at 01:14 No comments:

We have a winner for my mug giveaway!

The random number generator spat out the number 30... Kathryn Faulkner.  I wonder which cup Kathryn will choose!  Kathryn please email me at loulabelleathome@gmail.com to claim your mug :-)

LOULA BELLE AT HOME
I am a Lancashire lass, and the mum of two very gorgeous and very cheeky children. These are my ramblings about my collections of lovely items for the home I design and make, general chatter, yummy food and pretty things that keep me busy! Loula Belle's aim is to put a little glamour into mundane chores and bring out your inner Goddess!

View my complete profile
You can find out more about Loula Belle At Home in this interview with Fiona Pattison, Happy 4 PR.

Loula Belle At Home Stockists on the High St

The Royal Exchange Craft Shop, Manchester
The Oak Studio, Hampstead, North London
The Bowery, Headingly, Leeds
Ellie Magpie, Prestwich, Manchester
If you would like to stock Loula Belle At Home products in your shop, please feel free to contact me at loulabelleathome@gmail.com

Folly Home
Lasso The Moon
From The Wilde

Products in my Etsy shop

My Family Tree Paper Cut was chosen for... 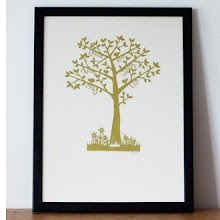 A special and unique gift for any family 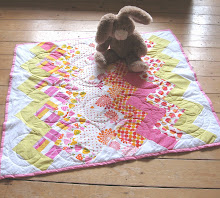 One of my favourite quilts!

One of my lovely pinnies 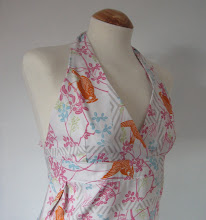 This is one of may favourites to date. It got snapped up about five minutes after I had put it on 'Bob' (my mannequin) at the last stall I had. More pinnies available in my shop. Click on the image to get there. 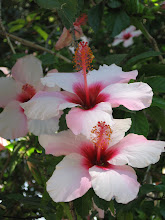 ... I drive my husband mad because I end up taking photos of flowers wherever I go. This is Hibiscus, taken in the castle grounds in Tavira, Portugal, on our honeymoon in 2007 (it took us 11 years before we got married!!!).